MAYBE a potential herb for a decline in allergy symptoms, headaches and migraines Butterbur (Petasites vulgaris) is an herb that is found in Europe and parts of Asia and Africa. The leaves are large and spiky and can grow to as large as two feet wide. Butterbur is also known as Sweet Coltsfoot, Butterfly Dock and Umbrella leaves. Butterbur is common in England and can be found growing in marshy areas. It is thought that Butterbur got it's name because the large leaves were used to wrap butter to keep it cool.

Historically, Butterbur was used for cough, asthma, and other respiratory problems. A study published in the January 2002 issue of the British Medical Journal showed the Butterbur extract was as effective as the antihistamine Zyrtec (cetrizine) in relieving allergy symptoms. The herb was also less likely to cause drowsiness.

In clinical studies Butterbur has been shown to decrease the incidence of migraine headaches by up to 50% versus those taking a placebo. It is thought that the active ingredients in Butterbur, petasin and isopetasin, reduces inflammation in the blood vessels, thus preventing migraine headaches.
To achieve the best results, the study participants took 75mg of Butterbur extract twice a day.Those taking lower doses of Butterbur extract (50mg twice a day) also had a significant decrease in the number of migraines compared to those taking a placebo. Side Effects of Butterbur

It is important to note that although Butterbur is a natural herb, it is not without side effects. Butterbur in its natural state contains pyrrolizidine alkaloids. Pyrrolizidine alkaloids are toxic to the liver and can cause cancer.
Butterbur should only be taken as a standardized supplement (such as Petadolex) that is labeled PA-free.
Butterbur is also a member of the ragweed family and can actually worsen allergies in people with ragweed allergies. Don't take Butterbur if you are allergic to ragweed or daisies.
Minor side effects can include stomach problems, headache, and fatigue.
Posted by Unknown at 7:47:00 AM 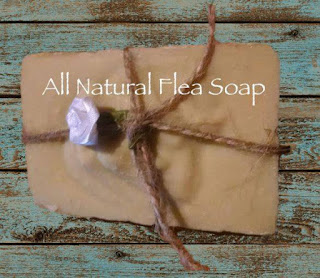